This evening, I decided to step outside my usual routine of watching back to back tv episodes via the internet, while simultaneously scouring tumblr and dodging my responsibilities to my independent university work. I took a 15 minute walk over to the Wellington Buddhist Centre for their Tuesday Open night, and I thought I'd share my experiences with you.

First, I feel I have to update you on my spiritual background. I very firmly consider myself as agnostic. As a small child my parent had me formally removed from the "Bible Class" educational system that visited our primary school every Wednesday morning. Their reasoning being that they wanted me to be able to make my own decisions about what I believe when I was old enough to have a wider depth of knowledge on the subject (as an over-imaginative six year old, you could have told me giant gummy bears created the earth over a fight with giant galactic octopus's and I would have believed you. 100%). And I'm one of those really frustrating fence sitters. Living life in the grey area. So in terms of my spirituality, I don't necessarily believe in a 'God', but I'm far from ruling out a 'higher power' in whatever form it may take. Theology and spirituality has always sparked a huge curiosity in me, which brings me back to my recent endeavor into Buddhism.

I can't remember exactly what sparked my attention to search local Buddhist communities in my area, but I did, and I decided that I really wanted to go along to their open night and get a bit of an insight into new spiritual territory.

I started the evening by getting lost (well done Lara), but eventually (with help) found my way up a flight of stairs in a semi industrial building at the end of a side street in Mt Cook, Wellington. At the top of these stairs I found a very warm, homely room with a small gathering of people, coffee, tea, and water spread out on a small table between a couple of  old bookshelves filled with a selection of incredibly well-read books. People were very willing to introduce themselves, but as I wasn't the only newbie in the group I luckily didn't stand out like a sore thumb. Although I was, by far the youngest person in the room by at least fifteen years.

Those who ran the group then got onto any important news and information, and gave us a run through of how the night was going to pan out. First we gathered in the Shrine Room for thirty minutes of mediation. Thirty minutes of sitting doing nothing (on purpose) seems pretty scary if you've never even attempted ten minutes of meditating. But the whole time you were being guided by one of the more experienced members so the time flew by before you knew it. Jo- the guide- talked us through focusing on our breath and posture in four stages, each with a ever so slight effect on our meditation.

Afterwards, we stopped for another quick drink break before another veteran group leader (whose name I can't remember as she was using her Buddhist name which was incredibly long- and I'm already terrible at remembering names with the regular amount of letters) talked to us about Karma and it's consequences. I really enjoyed what she had to say, as it wasn't so much a warning to 'be good, or bad things will happen to you', as an insight into the properties of Karma and how it is interlaced in our lives, and the lives of others. One point that she covered, that really caught my attention, was the fact that bad things happen for a variety of reasons. Just because life may throw you an undesired curve ball, it doesn't necessarily mean that you are deserving of it because you've been a bad person. There is a clear definition that there can be physical, mental, or biological reasons behind an unfortunate event, rather than all the blame riding on a cosmic cause. Although, if you have been a particularly terrible person lately, you still may want to delve a little deeper into the grounds of said situation.

It was cool to hear Karma spoken about as more of a logical result. The chain of reaction influenced by your choice of actions, rather than just this magical force that comes in and makes your day amazing because you did that one good thing that one time or that makes it rain because you accidentally polished off your flatmates block of chocolate while she was out. You treat yourself, and others with respect, and it's eventually going to come back round and help you out because that's just how people work.

We followed this with a small exercise in groups of three, just talking a little about the ripple effect karma can have from various small actions and ideas. 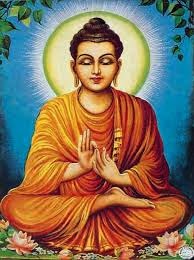 Once 9pm came around we wrapped it all up, and I left feeling enlightened and particularly peaceful. Every single person I had talked to had been super friendly and insightful, and I found myself (excuse the hippie nature of the comment, but..) practically radiating positive energy. I enjoyed the experience very much, and while one visit hasn't converted me by a long shot, Buddhism is by far one of the most grounded and accepting 'religions' that I have encountered so far. Looking forward to going back next Tuesday evening already.

(A little research into the meaning of the phrase 'Namasté' for you:
"The gesture Namaste represents the belief that there is a Divine spark within each of us that is located in the heart chakra. The gesture is an acknowledgment of the soul in one by the soul in another. Nama means bow, as means I, and te means you. Therefore, namaste literally means "bow me you" or "I bow to you." -Aadil Palkhivala (via http://www.yogajournal.com/basics/822 )


A collection of my inspiration (the seemingly normal, the quirky, and the straight up weird), artwork, and progress as I dive head first into a life as a developing artist 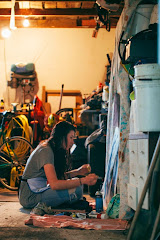